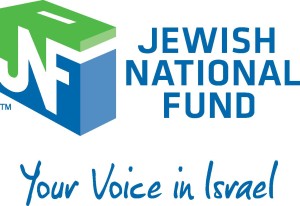 Founded in 1901, the Jewish National Fund (JNF) has been in existence for more than 100 years and has emerged from its humble beginnings into a worldwide environmental leader responsible for planting over 200 million trees, building more than 230 dams and reservoirs, developing over 200,000 acres of land, as well as creating more than 1,500 parks. The JNF has also assisted with ensuring that children and young adults of Israeli descent remain connected to the country’s rich heritage.

The JNF is the vision of its founder, former Viennese journalist Theodor Herzi who decided to set up a national fund to buy land for a Jewish State in Ottoman-controlled Palestine. The fund would grow by leaps and bounds, reaching over 10 million Jewish people across more than 70 countries by the 1920s. In 2001 it celebrated its 100th anniversary and to this day it remains absolutely committed to building for Israel’s future. The Blueprint Negev is the JNF’s $600 million long term initiative that aims to revitalize, develop, and preserve the Negev Desert which comprises of 50 percent of Israel’s land mass.