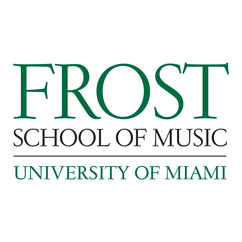 Today’s foundation focus is on the Frost School of Music at the University of Miami, also known as Shalala Music Reach. Named after the university’s former President Donna E. Shalala, the school aims to promote growth and development among individuals through the study and performance of music, thereby encouraging healthier communities. These individuals are trained to be musical ambassadors of peace, hope, and understanding and they come from a wide range of backgrounds.

Frost School of Music was established in 1926 and is considered to be among the best and largest music schools in the United States. It was one of the first schools to offer various music-related degrees including Music Therapy, Studio Music and Jazz, and more. In 2010 the school began offering Graduate degree programs including a J.D./M.M. in Music Business offered jointly with the University of Miami School of Law, and a M.A. in Arts Presenting. The school was also the first to develop its own label run by students and a publishing company.