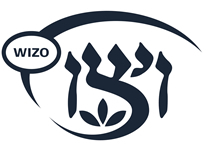 Today we’re turning our attention over to the Women’s International Zionist Organization (WIZO), a nonprofit made up of volunteers living in over fifty countries that remain focused on the social welfare of Israeli society and each and every one of its sectors. The organization also seeks to advance the status of women as well as promote Jewish education in Israel. WIZO holds the distinction of being the largest provider of social welfare services.

It was in 1920 that WIZO began in Great Britain, eventually being recognized in 1959 by the United Nations as a non-governmental organization. It became the first Zionist organization to receive consultative status at the United Nations Children’s Emergency Fund (better known these days simply as UNICEF) and the Economic and Social Council (ECOSOC).

During the 1980s WIZO implemented its American branch with the goal of strengthening its ties and providing funding to its Israel-based projects. Today the organization is responsible for managing 750 social welfare programs that include homes for girls in distress, child care centers, battered women shelters, and elderly services. Among its many awards and accolades, WIZO was awarded the Israel Prize for its societal contributions and lifetime achievements.