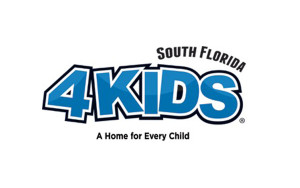 We’re taking a closer look at 4KIDS of South Florida, which has helped more than 15,000 children in having a roof over their head since 1997. These charitable efforts are the result of individuals seeking to make a difference, government agencies, corporations, and churches.

Even though it’s one of the most powerful economies in the world, half a million children in America find themselves living in group homes, foster care, or even on the streets. In South Florida alone, close to seven children suffering from abuse and neglect are removed from their homes.

4KIDS of South Florida remains committed to its goal and motto of providing “A Home for Every Child”. For nearly twenty years, this vision and the efforts of a committed partnership are collectively helping to make a difference in a child’s life while fulfilling the ongoing mission of “Providing Hope for Kids in Crisis”.

Thanks to 4KIDS, its reputation has spread to a nationwide level, and it has become a model of how to effectively help children that are in crisis.

If you’d like to learn more about 4KIDS of South Florida, visit http://www.4kidsofsfl.org/.