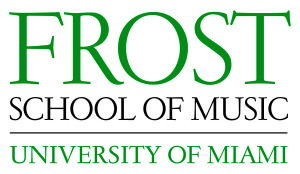 The home of the Frost School of Music is none other than the prestigious University of Miami, perhaps best known by its UM acronym. The music school also goes by the name of Shalala Music Reach and it is named after the former university president Donna E. Shalala. Frost School of Music’s mission is to instill growth and development in students through studying and performing the art of music, a goal that promotes better communities. Students are encouraged to become musical ambassadors of peace, promise, and understanding and many of them have richly diverse backgrounds.

Since being established in the late 1920s, Frost School of Music has since achieved a high level of prestige and national recognition. The school became one of the first to launch degree programs centered around music, including Music Therapy, Studio Music and Jazz and it has since expanded into Graduate degree programs. The school is also the first to have a label and publishing company overseen by its students.

For additional information regarding the Frost School of Music please visit http://www.miami.edu/frost/index.php.